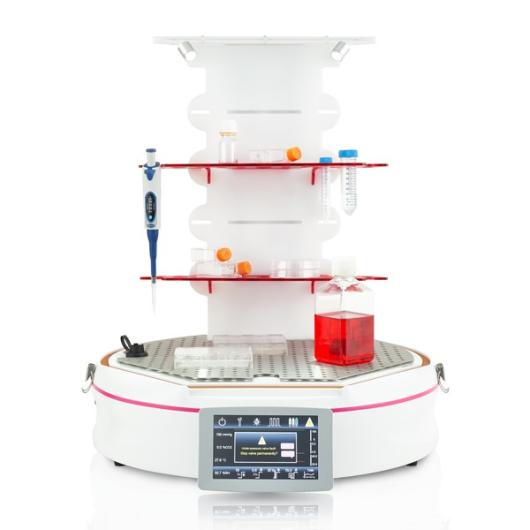 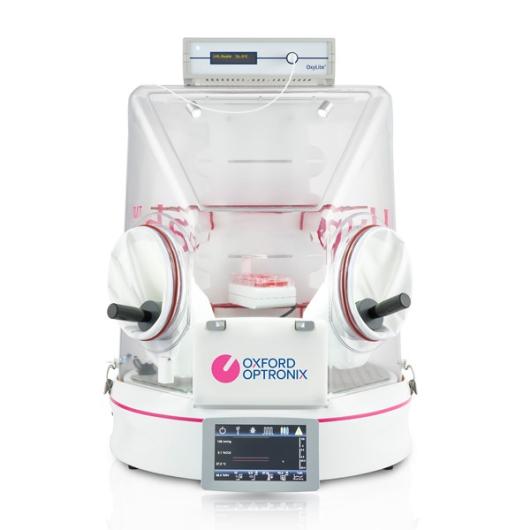 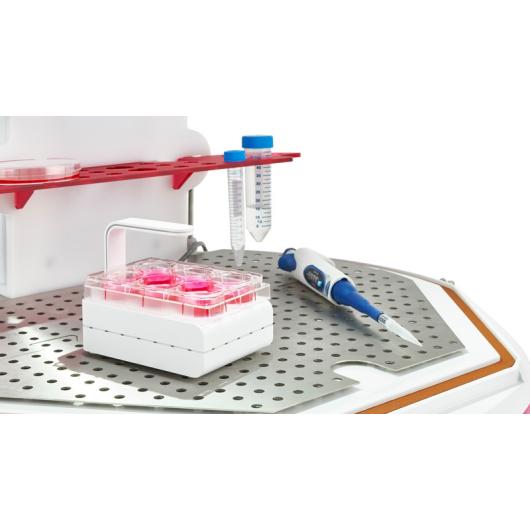 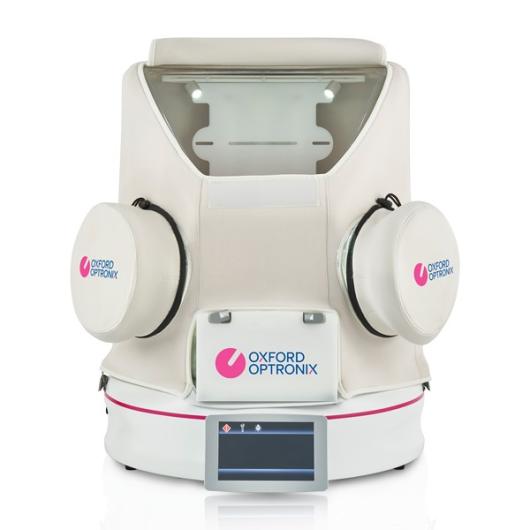 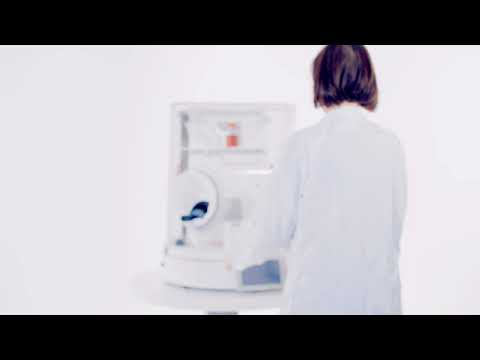 Hypoxia Incubator: Compact and portable authentic hypoxia chamber in a bench-top workstation now to rent for your laboratory.

In the field of tissue culture, there is a rapidly growing need for systems capable of creating precise, reproducible and physiologically relevant cell environments deemed vital for accurate analysis of cellular processes with respect to function and metabolism.

In order to accurately reproduce physiological conditions in cell-based research, a ‘contamination-free’ workstation offering precise and continuous control of oxygen, carbon dioxide gas, temperature and humidity is required.  Rising to this challenge, Oxford Optronix has developed the HypoxyLab™ - a unique, fully-featured, ergonomically engineered and easy to use hypoxic workstation that provides a highly stabilised HEPA-filtered environment in which levels of oxygen, carbon dioxide, temperature and humidity are all precisely controlled.

In short, HypoxyLab™ is a compact hypoxia workstation and incubator for everyday use.

General fields of applications for the HypoxyLab therefore include:

As every scientist knows, it’s the partial pressure of oxygen that reflects the oxygen that cells actually ‘see’. The partial pressure of oxygen varies not only with oxygen concentration in the atmosphere, but also with altitude and prevailing weather conditions. We believe it is simply implausible to express hypoxia in terms of a (barometrically uncompensated) percent oxygen concentration value alone.  HypoxyLab is the world’s first and only hypoxia chamber that directly regulates its environment using the partial pressure of oxygen, expressed in units of mmHg or kPa, and is thereby insensitive to changing climatic and altitude conditions. This scientifically rigorous approach enhances HypoxyLab's accuracy over other devices that rely simply on barometrically uncompensated % oxygen measurements. This provides researchers with scientific certainty and the ability to replicate ‘real-life’ hypoxia in vitro at the highest level of accuracy achievable.

HypoxyLab creates a fully humidified, stable hypoxia environment (pO2 of 10 mmHg) in less than 20 minutes from switch-on and can deliver stable, near-anoxia conditions (pO2 of 1-2 mmHg) in under an hour, all while consuming surprisingly little nitrogen gas.

Dissolved oxygen from media and cultures

HypoxyLab supports the option to measure dissolved oxygen directly from media or cell cultures using any of our OxyLite™ oxygen monitors and a dedicated, sealable side-gland via which an OxyLite oxygen sensor can be safely fed into the chamber. Considered the ‘gold standard’ for biological and physiological applications, the OxyLite sensor is a tiny, highly accurate, non oxygen consuming sensor that can be accurately positioned anywhere within media or cell cultures to obtain continuous dissolved oxygen measurement. Oxygen readings (in absolute units of mmHg) can be read from the OxyLite display, or, optionally, can be displayed and recorded by the HypoxyLab itself.

We have teamed with CytoSMART™ to offer the Lux2 digital microscope system, an extremely compact digital microscope solution that can be deployed within the HypoxyLab and is built to withstand long-term exposure to tissue culture environments. The system is supplied with a laptop PC, which is kept outside the HypoxyLab and on which live cell culture images are displayed. The CytoSMART™ Lux2 supports time-lapse recording and cloud-based data access.

HypoxyLab includes a built-in (and replaceable) HEPA filtration system that continuously scrubs the chamber atmosphere. This is capable of achieving an atmosphere equivalent to, or better than ISO 14644-1 Class 2 within 30 seconds of power-up, ensuring that cultures and media are protected from the risk of contamination. Internal humidification within the chamber is delivered using an ultrasound nebulizer rather than just a pan of water, reducing another potential source of contamination.

Set point values of the partial pressure of oxygen (pO2) as well as chamber CO2, temperature and humidity are controlled via HypoxyLab’s touch-screen display and delivered using digital gas flow controllers and state-of-the-art sensors. HypoxyLab is the most faithfully accurate system available today, capable of controlling the partial pressure of oxygen with an accuracy of up to +/- 1 mmHg.

HypoxyLab’s integrated full colour touch-screen provides convenient control over all instrument settings whilst simultaneously displaying real-time data in both digital and graphical format. The display updates the user with vital information such as actual and set-point values for gas composition, humidity and temperature and provides access to useful features such as the oxygen profiling feature.

All HypoxyLab parameters are continuously recorded onto internal flash memory and can be exported to a USB flash drive via a port at the rear of the HypoxyLab at any time. Data files can be analyzed and played back retrospectively using the free LabChart® Reader by ADInstruments.

HypoxyLab’s Easy-Entry hatch system affords quick and convenient transfer of cells, culture-ware and media into the chamber without the need for complicated air locks and isolation hatches. As soon as items are passed through the hatch, HypoxyLab immediately applies the precise gas composition necessary to maintain steady-state conditions. This immediate response effectively eliminates fluctuations in the pO2 of cell media during operation of the Easy-Entry system. An internal ‘letterbox’ style flap acts as an additional barrier against gas displacement when the hatch is opened.

HypoxyLab’s lightweight and durable cover means that it can be easily removed by just one person. This not only allows for easy loading of media and consumables but makes routine cleaning and disinfecting of the workstation a practical reality.

HypoxyLab’s intuitive graphical user interface gives researchers the ability to automatically cycle through up to eight oxygen profiles. The fact that HypoxyLab can adjust the hypoxia equilibrium in a matter of minutes (rather than hours) adds real value to the concept of ‘oxygen profiling’ whilst maintaining minimal levels of gas consumption.